We can get trapped in our own little bubbles. It’s what we do. It’s in our nature. If it doesn’t impact us on a daily basis, we tend not to care. So it’s easy for me to run my mouth on a blog like the idiot lunatic I am. But the reality is, life’s kind of a nightmare for a lot of people.

Everybody loves those zombie-vampire-slavery-future-dramas, right? Where the human race is a bunch of sick, twisted, losers fighting for what little is left of our fates. Well, guess what, while you & I were watching that television show half-drunk with our friends? This is actually happening, right now, to a lot of people on this floating rock we share.

Folks are literally in the middle of a climactic battle for the future of their lives, their people, and their culture.

And even then, maybe I only care because it’s so dramatic. Ebola breaks countries, so I notice. And then yesterday I can kick around bullshit statistics about malaria from my safe zone like it’s nothing. But malaria kills hundreds-of-thousands of people every year.

Whether it’s ebola or malaria, these people lose folks they love. Their family, their friends, their reason to exist.

Here you go, let me know which one you think is ebola and which one is malaria: 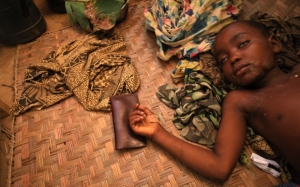 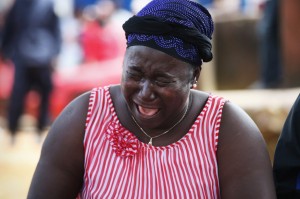 This isn’t one of my meat grinder, we’re all screwed posts, if that’s where you think I’m going. I guess I’m just pissed off with myself, and feeling quite guilty. As I’m essentially doing nothing at the moment. I have two jobs. Neither of them is relevant in any way to the future of humanity. One comes close, but is suffocated by morons called bosses and their rulebooks.

Whether you believe in any higher existence (religious or philosophical) or not, and about half the time I don’t, this Jesus dude essentially tells you the solution to this guilt problem is to simply drop everything. Just drop everything right now and do it.

But I’ve got bills to pay, a metric ton of debt, and three dogs to feed. So does that make me practical or a coward? Or both? Eh, take your pick.

But I don’t need to battle diseases in Africa. There’s folks who need help down the street. So then you look at long term volunteering or employment at various hardcore charities.

And if you’re serious, they need you to volunteer or work during normal working hours. But I work during those hours, because I’ve got bills to pay, a metric ton of debt, and three dogs to feed. So, other than a few hours here and there on the weekends, if you’re over-the-top serious? You just have to drop everything and do it.

Médecins Sans Frontières (MSF) or Doctors Without Borders are the shock troops of the modern age. When ebola hit, I think they were there in about four hours. They’re also there nonstop battling malaria and/or all of human misery.

These folks put their lives at risk every single day. They’re the folks who’ve dropped everything and done it. We even called Jesus at his castle in Hawaii and he verified that MSF is “shit hot” and that they’re his “brothers and sisters”.

What next? I don’t know. But I guess this was enough for today. For tomorrow? We’ll see. I have no fucking idea.

But in any case, remember this shit from school: 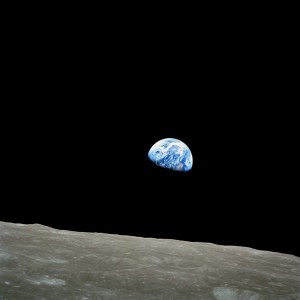