I general, I think as a society we tend to get wrapped too far around symbols, or speech.  Just because somebody gets offended can’t mean we have to rearrange society.  On the other hand, the Confederate battle flag wasn’t flying on Charleston government property until 1962.  In other words, a bunch of then not dead Confederate generals in 1878 didn’t think the flag should be there.  But a bunch of idiots decided to put it there in 1962 just to make themselves very, very clear about what they stood for.

Whatever your understanding of the Civil War, it’s pretty apparent that in the end one side was dedicated to the principle of living as an apartheid slave state.  And seeing as how we’re not likely to approve of flying the Nazi flag from government property, we probably should take the Confederate one down.

But at the same time I get somewhat iffy when Walmart and Amazon (Money!) decide to stop selling Confederate items.  What business is it of anybody if Steve from Minnesota wants to buy one to help reenact the Civil War with his buddies.  On the other hand, I’m the idiot who wants to burn Hitler’s art.

Just for the hell of it, I searched on Amazon to see if I could buy Nazi items.  When you search for “Nazi flag”, you realize Amazon doesn’t sell Nazi themed items.  But the first item that comes up in the search is a Soviet flag.  The Soviet Union killed more of its own people than Hitler did.  Yet you can still buy their stuff.  So one of history’s monstrosities is okay but another isn’t?

Maybe instead we should just let it go.  Forget the symbols, let people be free to make whatever purchases or decisions they want.  Then we’d get the chance to yell at the goon dressed like an SS officer at Halloween.  And we can throw rocks at him until the point of unconsciousness.

Fixing hate is about more than just symbols.  Remove the Confederate flag from human existence, and black men are still nine times as likely to end up behind bars as their white counterparts.  Fixing this shit is hard.  If only society could muster 1/7 the outrage at symbols and instead get into cold, hard, facts, we’d all be a lot better off.  I wonder how many of those who are shouting about flags today, have the stamina (or desire) to talk comprehensive law and justice reform tomorrow?  Or get out there and volunteer?  Or give cash to a charity not run by a celebrity?

One last thought, part of learning from history is being able to remember it, study it, even breathe it.  You can’t erase evil, you have to bathe in it, learn from it, and then banish the hate that created it.  When Egyptian Pharaohs took control they would occasionally sweep the entire kingdom and literally chisel out the names of their enemies in order to remove their lives from history.  This is not a behavior to emulate.

We cannot chisel away hate by battling symbols.  We fight hate and gain freedom by chiseling away hate’s roots.  So okay, take the damn flag down, but then be ready to come back tomorrow to fight that much harder, on far more important battles.

The Civil War’s outcome in many ways is still not finished.  We have a legacy we’ve inherited that requires us to keep going.  We still have work to do.  Freedom is our responsibility.  To hold it and grow it.  We must keep fighting. 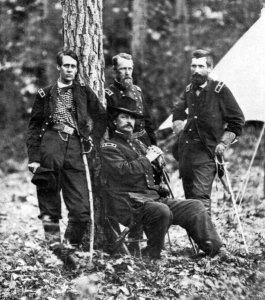 ordinary, average men inviting us to pick up where they left off; and ensure their sacrifice was worth every bit of it 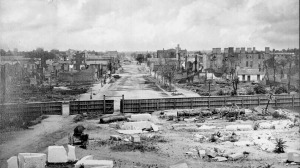