Leave it to some of the planet’s creepiest, most hypocritical goons to get mad at a dance song.  They can embezzle billions, rape their own people for three decades, and murder at will.  But the folks they rule can’t dance or they get tortured.  Wow, that’s quite the benevolent religious paradise they’ve got going.  Who wouldn’t want to join the club?

You know, I sometimes get the feeling that brutal dictatorships do this just because they can.  They don’t really care about these people dancing, they just want to show everybody they can crush folks at a whim.  That they can be assholes for no reason and get away with it.

I especially think that’s the case here because they actually got these folks to confess on camera that they’d been duped.  Not only can the overwhelming power of the Iranian State keep you from dancing, it can melt your brain to the point you admit you hate dancing, when you don’t.  All Hail!  I want to live in a Benevolent State than can force me to admit on video that I hate beer.  Good luck with that, hit squad losers!  I’m pretty sure you’d have to electric drill my cheeks first.

Maybe the Iranian State’s death squads need to change their tune?  Maybe they should try smiling a little, like spread happiness instead of raw fear.  At least then they could pull the wool over everybody’s eyes.  Here, just take a look at this guy, now this is how you spread happiness in a vicious-fenced-liquidation-camp: 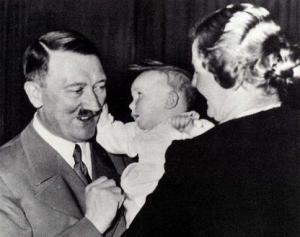 Now that’s a guy I could have a drink with!

I feel bad for Pharrell Williams though, that he has this on his conscience, it’s not his fault, but he says the right thing:

“It is beyond sad that these kids were arrested for trying to spread happiness,”

So if ordinary citizens post a video online saying they’re happy to be from Tehran and are then punished by the Iranian State, does that mean the Iranian State is not happy to be from Tehran?  We think yes.  Accordingly, we invite them to leave Tehran and move in with my guests & I.  I assure you, you’ll be well treated.  You can trust my guests.  They’re just like you guys, so you know you can count on honesty and integrity.

Tis the season to think about the deeper things in life. No, it’s not election time, or random-mandated-corporation-gift-giving-occasion, or even your birthday. Or maybe it is your birthday, in which case, happy birthday, you’re one year closer to the joys of the drink.

But even considering the date, I think it’s generally good to ponder your place in the world. At least a little. I mean you don’t have to get wrapped around it to the point that you end up hiding under some coats in a dark closet, giggling. But it’s still something to contemplate. Particularly since tomorrow you could cash-out in a horrific maritime accident.

By the way, I imagine statistically speaking that you’re now about six-hundred times more likely to die at sea as you are in the air. So take it from a guy who used to do that for a living. When you’re on something that floats you should:

b) Always know where the nearest exit is to reach daylight and how to get there, in the pitch dark, or with your eyes closed

c) Make sure those you are with know these things too, challenge each other, ask questions, and have a plan

Anyways, so I’ve been reading a lot lately. I go in spurts. Sometimes I read nothing. Other times I’m a total loser (that is, more than usual) locked up in my hovel with my dogs, a book, and beer. So I came upon a good passage the other day from a real classic.

So there’s this Xerxes guy. He’s on his way to conquer the world because it’s there. He’s real good at it. So were his father and their ancestors. He’s crossing continents and has a few things to say.

Oh man, how much better is this actual text than the verbal mess of an exchange we saw between Rodrigo Santoro and Eva Green in 300? As they yack it up next to the bridges like actors trapped in a historical (not historical) movie.

Now don’t get me wrong. I had a good time with 300 Round Two, but the original was much better. And also closer to the truth of what occurred. I’ve got a lot to say about these two flicks, which will probably come in a later post, I guess. Maybe?

When he saw the whole Hellespont covered with ships, and all the shores and plains of Abydos full of men, Xerxes first declared himself blessed, and then wept.

Artabanos perceived this, he who in the beginning had spoken his mind freely and advised Xerxes not to march against Hellas. Marking how Xerxes wept, he questioned him and said, “O king, what a distance there is between what you are doing now and a little while ago! After declaring yourself blessed you weep.”

Xerxes said, “I was moved to compassion when I considered the shortness of all human life, since of all this multitude of men not one will be alive a hundred years from now.”

Artabanos answered, “In one life we have deeper sorrows to bear than that. Short as our lives are, there is no human being either here or elsewhere so fortunate that it will not occur to him, often and not just once, to wish himself dead rather than alive. Misfortunes fall upon us and sicknesses trouble us, so that they make life, though short, seem long.

Life is so miserable a thing that death has become the most desirable refuge for humans; the god is found to be envious in this, giving us only a taste of the sweetness of living.”

So Xerxes has everything a human could ever ask for in women, riches, power, women, and prestige. The only thing he lacks in life is heavy infantry. Which unfortunately for him, becomes a real problem a few months later. But he’s still having trouble figuring out how to play in this shitty-cruel-bitch of a life that we all lead. So what does that tell you? If this guy has it all, and can’t always get it done, then don’t be too hard on yourself. Just try and enjoy the ride.

Now you may be tempted to respond to my nonsense by throwing up your hands and screaming: “This is bullshit!” Or, “Fuck you, who cares?” Or, “Wait, what is this shit, why am I here wasting my time reading this?!” And thus your solution is to never read this blog again (a smart idea) or to become a mindless bank robbing asshole. Because, you know, why not? The bank’s not going to rob itself. And if life is shit, you might as well roll the dice, right? But the problem with that line of thinking is bank robbery is less worth it nowadays. I think you have an 85% change of getting caught and your average take is like $7K or something. That’s not even enough to buy one-third of your average family car.

So what then? Panic? Burn the world? Melt your mind with chemicals? Well, how about this, I read this a few days back too:

Wash, make yourselves clean. Take your wrong-doing out of sight. Cease doing evil.

Learn to do good, search for justice, discipline the violent, be just to the orphan, plead for the widow.

Sounds good enough to me. Let’s go with that.

Enjoy it while you can. Try your best. It’s a hell of a hard ride, but remember how lucky we all are that we’re here at all. And do your best to earn it.

Oh my. I’m so fucking awesome. Gaze upon my eighth wonder of the world. But shit, what I wouldn’t pay for just five thousand armored infantry. Anybody got a phone? I’ve got to make some calls. Fuck.