Today marks 150 years since the end of the American Civil War. Most historians do not agree with my choice of date, but I’m content with it. There have been some memorable events, remembrances, and written works over the last four years. But in general, it seems the war has faded from the general public consciousness.

On April 26th, 1865 Johnston surrendered the Confederate Army of Tennessee to Sherman near Durham, North Carolina. The event came several weeks after Lee had surrendered to Grant and just under two weeks after Lincoln was assassinated.

To me, this date ends the war since it took the Confederacy’s last effective field army from the war. The Army of Northern Virginia and Army of Tennessee were always the two centers-of-gravity of the Confederate cause. Their removal was always the key towards victory.

Lincoln above all others understood this best. Again and again he castigated his generals who tended to focus upon territory over forces, Richmond over Lee’s army. Even Sherman’s vaunted march to Savannah which is heralded, rightly, as critical towards breaking Confederate will was not sufficient to end the war.

Only when Sherman finally consumed Johnston’s army four months later did he acquire the triumph sought. Fighting would sporadically continue. And CSS Shenandoah would not fire the war’s last shot for several months. Yet after April 26th, there was no longer any doubt. It concluded a war that, depending on how you count, may have killed one in thirty Americans.

If the American Revolution gave birth to a nation, the Civil War was its maturity. It addressed the base issues which made the great American experiment unsustainable. But it did not finish the work of building a better America. Instead it left that duty to those who followed. This includes us.

This is why I find it rather dangerous that over time the coverage of this history has faded. I wonder how it would go down if I asked any high school or even university student to talk about the Civil War for five minutes? My own college history professors were more likely to discuss obscure art or philosophy or gender studies before they’d touch one aspect of Lincoln’s strategy or Sherman’s tactics or the war’s earth shaking societal changes.

This is a shame, for absolutely everything we encounter in modern America can trace its roots to the war’s causes and consequences. There is no future without knowledge of the past. If we forget where we came from, we’ll have no idea how to confront the challenges of where we’re going.

I don’t know what to do about this. Other than if I have kids of my own someday, God willing, that I’d make sure to bring them up to understand the importance of it all. As my parents did. And also, we’ll start to write about the Civil War more often on this blog. And I’ll try and keep the profanity and lunacy in such posts low and my Guests behavior out of it. To respect the topic for what it is.

As Lincoln concluded in his second inaugural address:

“...to do all which may achieve and cherish a just and lasting peace among ourselves and with all nations.” 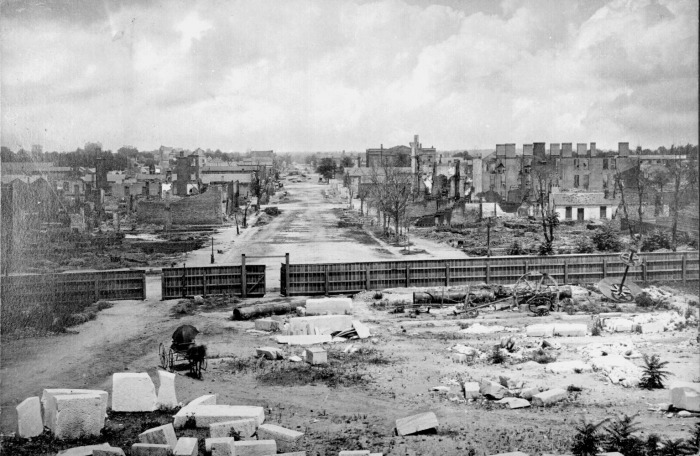