Great news, folks! The TSA’s got us covered. Ebola can no longer viciously invade America!

Predicting the future’s hard (see prior post for how wrong we got Hong Kong) but I know how this ends. Why? We rigged the game. We went straight to the source! After six phone-book-laced hours my guests got the scoop directly from the highest levels of TSA leadership.

– The TSA will develop an “Arcturus Scanner” that with one swipe determines if the traveler has ebola. It will cost $3.4B and take six years to develop. The inspector general will later determine the scanner never actually worked but that TSA authorities felt using it would “make folks feel better and justify our mission”.

– Sally Li, aged seven, of San Francisco, California will be subjected to an efficient strip search upon suspicion of hiding ebola in her undergarments.

– An entire flight of Estonians will receive a four hour ebola screening. When stating their country does not have ebola, the passengers will be called “racist” and ordered to support the TSA’s “diversity & inclusion”.

– John Jacob Winslow, aged forty-seven, married father of three, of Madison, Wisconsin will be placed on the ebola watch list.

– TSA authorities will petition Congress for a permanent increase of $1.4B and 6K personnel. Lawmakers who don’t comply will be labeled by TSA contractor lobbyists as “pro-ebola” and the expansion will pass in a landslide vote.

– George Kipkemoi of Mombasa, Kenya will be detained on suspicion of deliberately transporting weaponized ebola in his lungs. Upon reminding his handlers that Kenya is not in West Africa, the middle-school-educated TSA officer will taser him for “resisting arrest”.

– In the year 2090, ebola screenings will take a minimum of twelve minutes at the security checkpoint. The TSA will thank each traveler for their cooperation during this “temporary era of heightened ebola security”. 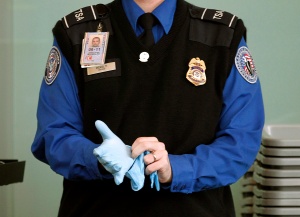