We’re on a bit of a China kick lately. Not sure why, but who cares. Just let the brain take you where you want to go. The outcome is generally favorable.

Right now I’m reading James Clavell’s Noble House and am just absolutely enthralled. This is the fifth book of his Asian saga. After this, I’ll read Whirlwind and then be very, very sad that the ride’s over.

And then I rewatched The Last Emperor the other night with the dogs in my lap. I’ll have much more to say about that later, but first I need to make a phone call to an old friend on the French coast.

My once and only China trip also included two other hack-tourist-mandated locations in addition to the Wall (did I mention this trip was for work and organized by the Reds), the Forbidden City (more later) and the Ming tombs.

Hey speaking of the pyramids. So eventually all those pharaoh guys learned that the only thing building a great pyramid did was place a giant target in the middle of the open desert for looters to locate. So they built what’s known as the Valley of the Kings in later centuries.

China’s emperors just skipped the interim step. The official title is the Imperial Tombs of the Ming and Qing Dynasties. Our Red sanctioned tour guide simply called it Tomb Valley. Which made me think of the Valley of the Kings.

Why do history’s greatest despots all need to be buried in valleys? When my Guests die, sanctioned overlords or not, they’ve expressed the desire to have their mortal remains blown out into deep space via a giant cannon. I keep telling them this isn’t feasible, but all that does is encourage them further.

But seriously, as far as the planet’s locations go, this is not a bad place to be a bleached skeleton. I actually found it quite beautiful. 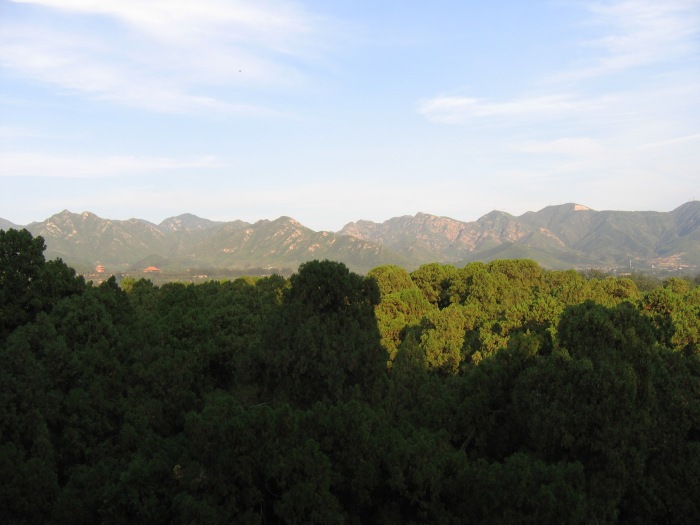 And we were specifically taken to the Dingling tomb, the only one officially excavated. But they made a hash of the project in the old days because of China’s internal politics. So the excavation was done poorly, and the Wanli Emperor’s corpse ended its days set alight by a bunch of Red Guards alongside much of the tomb’s possessions. So one of the Cultural Revolution’s greatest victories was in fact destroying an important piece of China’s culture. [slowly claps hands in empty room]

But they’ve done a good job of cleaning it up. The Dingling tomb was pretty cool. For some reason I don’t have a picture of the inside. I can’t remember if that’s because they said no cameras? Or was it just too dark in there? Or did I just take less pictures back then? Not sure. Eh, that was over a decade ago. I’ve had a lot of beer since then. I can’t remember. 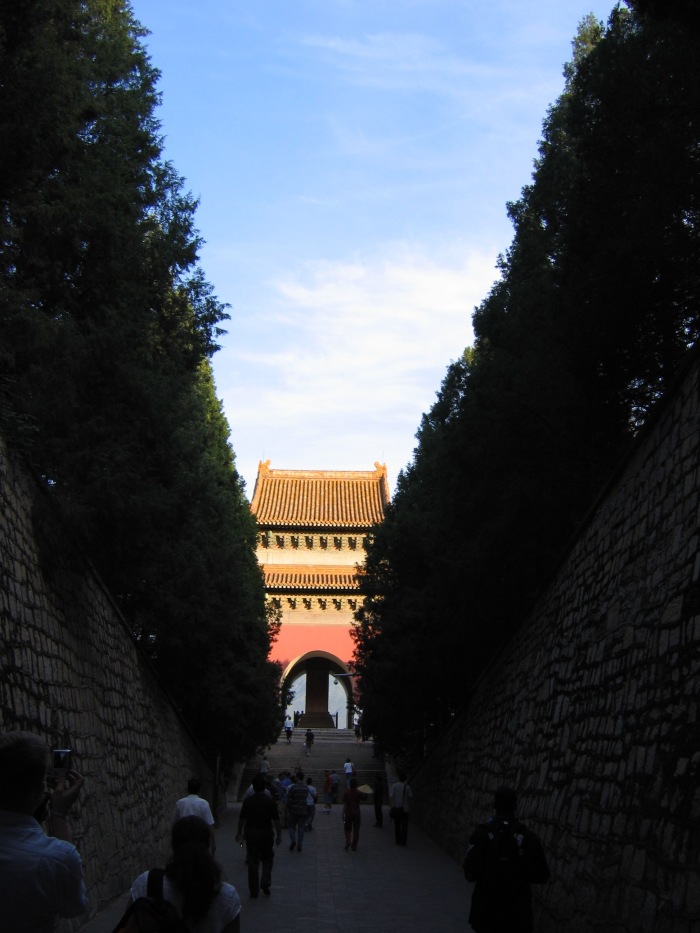