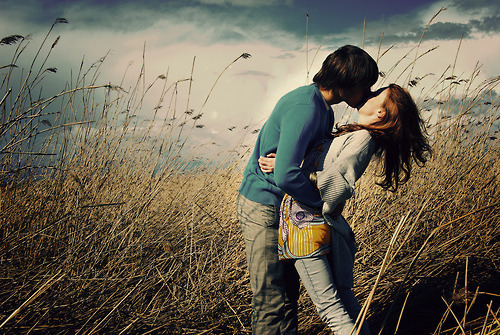 We help people with problems here. It’s what we do. Which is a bad idea. Because we’ve got lots of problems. We can’t even get through one afternoon without a broken chair or a squirrel held for ransom.

This is a new set piece of this shitty blog. Bask in the immature stupidity on display. Bask!

The idea is simple. I steal the intellectual property of a random global publication’s advice column. Then I order one of my Guests to pen a belligerent response using their brutal methods. Hey friends, my Guests are here to help. It’s what they do. Would I lie?

I’ve been dating this guy for several months. A couple of months ago he starts talking about his first love all the time, date after date. He has told me every moment and detail of their 16-month relationship. How much he loved her and what is going on in her life now.

It has been 5 1/2 years since she cheated on him and moved on with the new guy. I told him it’s obvious he’s still in love with her and not over her. Of course, he denied it. He told me he loves me and maybe he does, but I don’t want to be in a relationship with any guy who is still carrying a torch for an ex. Your thoughts?

There is something deeply wrong with this freak shell of a man. And there is most certainly something wrong with you. Have you looked at yourself in the mirror and processed the shame? Why would you offer your corporeal form and brain to such a deranged creature?

It’s quite clear he cares about this other woman and that you’re forever his B- average. How does it feel to know you don’t actually exist? You’re just shadows and dust.

We offer the following options for you to regain your honor and dispense with this disgusting thing. Choose wisely, but rest assured, when the planet is ours, this creep shall be among the first to die.

2) Viciously end his existence in this realm and pilfer his worldly possessions to enhance your financial status thus making it easier for you to acquire a replacement mate.

3) Begin leaving him typed letters, notes, and gifts pretending you are her. Tell him that you and this woman have become close friends and that his former love still loves him. Over time, viciously tease him with the prospect of her imminent return. Vaguely make reference to the delightful possibility that the three of you might engage in intimate activities together. Set up a date of wonders and at the last moment, shatter his brain forever. We propose the following words for your use, but similar vocabulary is acceptable:

“You sick fuck! It was me all along. I’ve tricked you! She doesn’t love you. She never loved you. I don’t love you. Nobody loves you. You’re all alone. You’ll die alone. I’m leaving you and never coming back. Oh, and just like she did, I’ve cheated on you! It’s easy to cheat on somebody as stupid and pathetic as you. I’ve fallen in love with a 24 year old Brazilian oil sheik named Francisco with enough cash to enslave a zoo and a body that makes you look like a mummy. You’re wretched. You’ll never be happy ever again! Here’s a revolver. [throw unloaded revolver at him] [throw a single bullet at him] [leave room] [slam door] [resume honorable life]