No, you’re not going out with ebola in your eyes, calm down. In this freakish, twisted journey there are many other vicious threats you must defend against lest you find yourself waking in Valhalla.

This would be less than fun, because Day One in Valhalla involves an introductory club fight with a drunken thug. Why is the brute drunk first thing in the morning? It’s what he does.

For instance over one-million folks check out via auto accidents worldwide every year. Chances are, driving is the most dangerous thing you will ever do in your entire life. But you probably do it every day. Enjoy the ride in your mobile-wheeled-death-machines, friends!

Are you scared of ebola? You shouldn’t be. You’re not going to get it. If you do get it, write me later and I’ll offer you an apologetic fruit basket accompanied by cash and profanity. You don’t need to be afraid of ebola. Instead, you should fear the planet’s shitty response to it.

For decades the international health community has assured us they were prepared for a global outbreak. They had this nightmare in the bag. The planet was ready for the next pandemic. Influenza, rouge-nanobot-assault, plague, deliberate-alien-death-spore-attack, whatever. They were on the case.

Well, it turns out they were incompetently overconfident. Given that most of these cats are doctors, we shouldn’t be surprised.

A lot of people don’t know that ebola is not an official airborne disease. What does this mean? It means you typically can’t get it if somebody in the airplane seat next door sneezes. Thus a bug that cannot effectively transmit itself between humans is kicking our ass. What’s it going to look like when a brutal airborne flu strain or antibiotic resistant bacteria makes a run? I’ll give you a hint. We’re screwed.

This floating rock had better learn the lessons from this ebola nightmare. And make big time changes. It just might save us later when it really gets insane.

Based on what we’ve seen, if pandemic influenza had actually occurred, say last year? It would have killed a billion people and destroyed our planet’s culture as we know it. 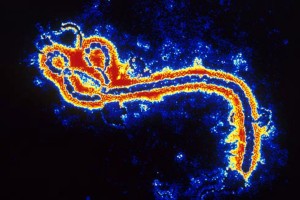 Something this small can kill us? That’s total bullshit. What the fuck. Really?