Sometimes I wake up in the morning and discover that perhaps a full blown alien invasion might actually help us. In the meantime, we seem to be doing a fairly decent job of enslaving ourselves.

At least we could negotiate with my guests. There seems to be no negotiating with our government masters in their quest to rule more of our lives.

Next up to the fascism plate is Seattle’s idea to fine you if you waste too much food. As usual, you have to turn to the foreign media to discover your future dictatorship. Nobody in our media (not actual journalists) is interested in discovering how your life is being forever changed. I guess they’re too busy covering the latest celebrity scandal or taking pointless potshots at the NFL.

What the fuck does that mean!?

So, like, I’m a simple, creepy, single guy. 74% of my trash is composed of discarded beer cans or bottles. The remaining 26% is food scraps. As in, after I cut a freaking onion, the skin is thrown out. I peel a carrot and throw out the skin. I peel a plantain and toss the skin. I don’t throw out any leftovers. I eat them. But if I lived in Seattle does that mean I’d still get fined?

I think the answer’s yes. The lunatics would claim I should compost those food scraps. Fuck them. If the government can order you to compost, there’s no limit to what they can order you to do. How about mandatory plant raising in order to reduce carbon emissions? You pay for it. What about mandating the maximum temperature you can heat or cool your house? You suffer for it. I’m sure it’s coming. Just you wait.

A lifelong friend of mine once pointed out the most effective way to reduce carbon emissions, a method my guests fully support:

So now government has empowered your local garbage man to not only go through your trash but also write you tickets. Is there a bureaucrat anywhere who isn’t now empowered with their own hit team that can break down your door and/or write you a ticket? How soon before the garbage guy can order your house invaded and children handcuffed while they inspect your pantry?

And you’ll just have to trust government that they won’t steal your identity while going through your garbage. Or that while riffling through your can in your private backyard that if your dog is out there they won’t shoot your dog. They invade your property but then claim they were defending themselves against your dog. The cops do this all the time. Nobody’s ever punished for it. Look it up online.

Oh, they’ll only go through your garbage can if it’s at the curb? Good luck with that. They’ll be in your backyard soon enough. How else are they going to determine if your compost pile is within standards?

“The point isn’t to raise revenue. We care more about reminding people to separate their materials.”

Sure Tim, they said the same thing about traffic cameras. That it wasn’t about money. Now that’s been proven a lie. It’s always about the money. And control. Tim wants to control your life. Because he believes you’re too stupid or just plain evil.

He wants to remind you to separate your materials. And if you don’t, he’ll punish you. For you see, Tim says he cares. About you. About your life. Tim’s here to help you. Because you can’t help yourself, or the planet. So you need him. To tell you what to do. Please obey. Tim doesn’t want any trouble. You don’t want to trouble Tim, do you?

Hey Tim, who are you? Since when did history appoint you overlord of our lives? Where do you get off telling us what’s morally & practically right and wrong? Are you Jesus? Are you Hitler? Fuck you, Tim. Fuck you. 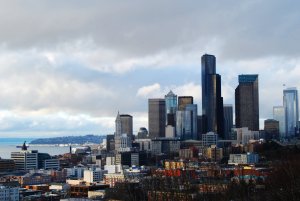