At the conclusion of fifteen straight hours of an overall “baffling ordeal” the entire newsroom of the Daily Planet struggled to write a single coherent article on the recent Iranian nuclear deal. Arguments among staff primarily centered on the similarity of speeches made by the planet’s leadership to words they already said six months ago. “We spent about seven hours investigating the possibility that the space time continuum had ruptured and we were both late for Christmas, and all humanity was doomed to a vicious black hold related death,” stated deputy editor Brace Winslow, “but after consulting the Pluto robot folks at Johns Hopkins we’ve ruled out that possibility. Which was fortunate, because I hadn’t had the chance to buy a damn thing for my future ex-wife.”

After a sleepless night, several pizza runs, and six discarded bottles of various alcoholic beverages the grizzled reporters settled upon the theory that the President, Republicans, Iranians, Israelis, and Euro-trash politicians all wrote their speeches six months ago and simply read them upon the agreement’s approval. “What we’ve yet to figure out is how they could write these speeches and then just read them,” remarked Winslow, “it’s almost like nobody has read the agreement before speaking.”

Yet the undaunted newsroom decided to determine the root cause of this discrepancy. “No responsible leader would just spout their own canned talking points without actually reading a critical document. So our conclusion is all the world’s leaders knew what the exact agreement would be when they wrote their speeches back in December. Because they could see through time. So we’re going back to Hopkins to figure out how this was done. The Iranian deal’s pretty huge; but think of it, our leaders can literally travel through time.  We could go back and shoot Hitler!  What a scoop.” 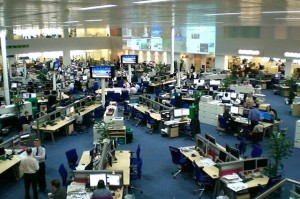