Apparently an 89 year old stroke victim who can’t see or hear can consent to having their name attached to a book sold worldwide.  Who knew?  Money!  There’s been a lot of confusion on how this book came about, with widely varying stories on what’s happened.  So let me break it down in all its horror so you’ll believe me when I say do not read or buy this book.

– Harper Lee did not read or edit this book in draft or final form.  Whether she actually wrote any of this five decades ago is irrelevant.  The author reserves the right to approve their work prior to publication.  That’s why they’re the freaking author.

– Lee made herself clear on many, many occasions that she’d never publish again.  Seeing as how she’s not said one word about this book (probably because she can’t) it’s quite clear she didn’t consent and/or change her mind.  Thus, it’s not her book.

So basically what’s happened is Carter and the goons at HarperCollins have decided to mortgage the good name of Harper Lee and her characters for all time in order to make money.  All without getting Lee’s permission.  Even though it’s her name on the front of the book.

The HarperCollins folks should be ashamed, truly disgusted with their actions.  But I suppose they won’t remember that when they step up to buy their third boat. 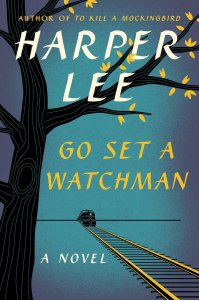 Seriously, do not read or buy this book.