Plastic straws will soon be banned everywhere, just like how putting chloroform in your coffee was banished to oblivion. But then I see this thing at a place that sold me food and drink for a nominal fee and it broke my brain: 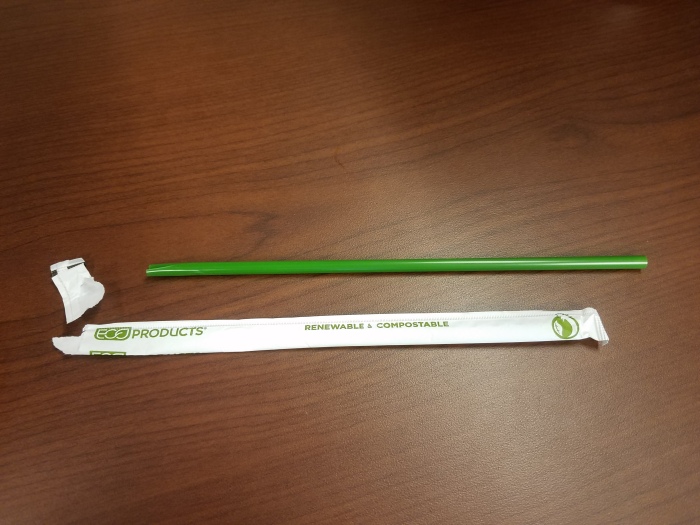 What the heck is this thing? It looks and feels like a plastic straw. But apparently it’s not. It’s made out of plants or something. So this thing will be legal, but the plastic straw will not.

I’m so confused, what precisely is the haters’ issue with the plastic straw? I thought it’s that it was plastic, and too small to be recyclable. So they want it banned.

But how is this plant based straw any better?

3) Although the product claims ‘renewable and compostable’ what this really means in practice is it will compost in a landfill over 734 years instead of the 3,382 years that a plastic straw would take

6) Is a hallmark of the future downfall of all Humanity as we struggle and bicker over foolish things while our culture, planet, and politics descend into the gutter

By the way, I’ve never used straws. I don’t get them. Just drink out of the glass/cup/whatever.