Lost amidst yesterday’s revelry, fireworks, beer, my dog’s inability to detail with percussive sounds, political mayhem, massive blatant disregard for local laws dealing with the employment of explosives by the citizenry, and so on, was the news that California endured it’s largest earthquake in 20 years.

A relatively mild 6.4 on the American scale yielded minor damage but the usual television mayhem as C grade news organizations tried to hitch viewers by showing helicopters following police cars around open desert communities like they were after the ghost of some 1849 horse thief.

In case most folks forgot, because I know I did, the entire West Coast has nature’s handgun held to its temple.  20 years!?  That’s how long it’s been since California has seen anything approaching a reasonable earthquake.  In geologic times this is less than a fraction of a heartbeat, but it’s quite a long time for us.

But these are not things to be ignored.  A good chunk of the West Coast is built on glass.  The supposed ‘big one’ might never happen, but if it does, oh man that’d be quite the mess.  A full scale cascadia subduction zone quake with the accompanying tsunami would make the 2011 Japanese tsunami look like a wave in a kiddy pool.

I wonder how much planning has been done in California, Oregon, and Washington lately to deal with these eventualities?  Or has all that institutional knowledge been lost after 20 years of not caring at all about it.  Not sure.  I hope folks are still thinking about it and planning.  Yesterday’s earthquake had only one minute’s warning.

When the nightmare of nature calls, there are only seconds to answer.  So after 20 years, maybe a thought or two needs to occur in case the nightmare actually comes.  It’s way more important than some tweet, or celebrity outfit, or whatever.  Here’s hoping the West Coast takes yesterday as a needed wakeup call. 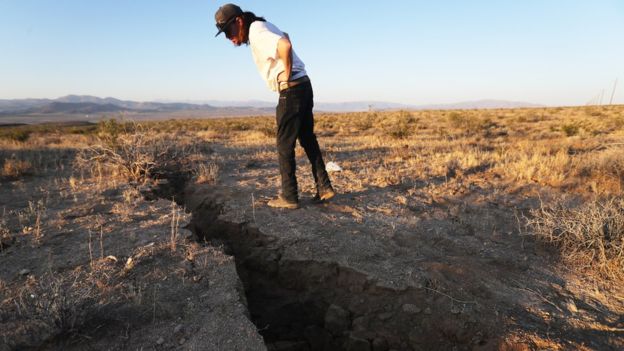