Samsung has rightly gotten a bad rap lately for shipping countless smartphones to customers that otherwise should have been classified as controlled live ordnance.  And now there’s news this morning that Samsung washing machines are also apparently exploding.  Maybe this is the start of the apocalypse that lunatics (and my Guests) have been waiting for all these years.  It starts with exploding phones and appliances, and the next thing we know folks have to wield shotguns just to cross the zombie infested streets safely.

But hold on for a moment, what does an exploding Samsung phone actually look like?  Well, here’s an example: 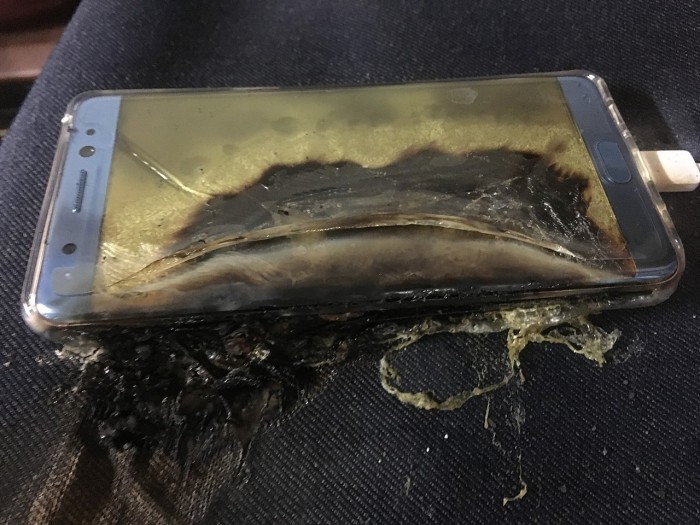 Eh, sorry folks, that’s not an explosion.  If the phone had actually exploded it’d be in a million pieces.  In fact, I do believe the phone rather “caught fire”.  Hey, words matter, kids, except on this degenerate blog, and the presidential campaign.

I know the media prefers to use the word explosion because it’s more dramatic and they get a bunch of clickbait.  I too was guilty of this.  When I was a young lad I broke my arm playing sports and I told people that my bone was “shattered” instead of “broken” because I thought it was more dramatic.  Nobody was impressed.  In fact, they were always quite confused.  I’m an idiot.

If you want to know what an actual explosion is, here’s a video of the recent Falcon 9 explosion on the launch pad at Cape Canaveral.  Video here.