In Season 5 of Mad Men there’s a drawn out sequence where Don and Megan fight horribly over a variety of issues (mainly that they probably should have never married, idiots) while in a Howard Johnson’s restaurant during the height of its iconic days. If you haven’t seen it I won’t bust the plot, but suffice to say this entire episode is a horrific depressing mess that makes you want to cut yourself. It’s wrong even by Mad Men standards which says an awful lot. When this episode is over you need a shot and a shower.

In any case, what you didn’t know when you were watching this episode years ago is that same feeling should have been also applied to Howard Johnson’s itself. When you watched the episode, you were like, “Oh, I remember Howard Johnson’s. That place was alright.” It may have evoked images of a happy family road trip when you were a kid. The place wasn’t a palace, but it had clean rooms and decent food. It was the consistent oasis that made it successful. But I bet when you had that nostalgic moment you didn’t realize that Howard Johnson’s was already on life support? Did you? I didn’t.

For you see, even though you or I hadn’t stayed in a Howard Johnson’s in decades you probably just assumed somewhere in the back of your brain that they were still around. That they were this eternal thing that was out there still, somewhere. They were not. A few weeks ago the one in Bangor, Maine closed. Now Lake George, New York hosts the only remaining restaurant. Essentially Howard Johnson’s is dead. What the hell happened? 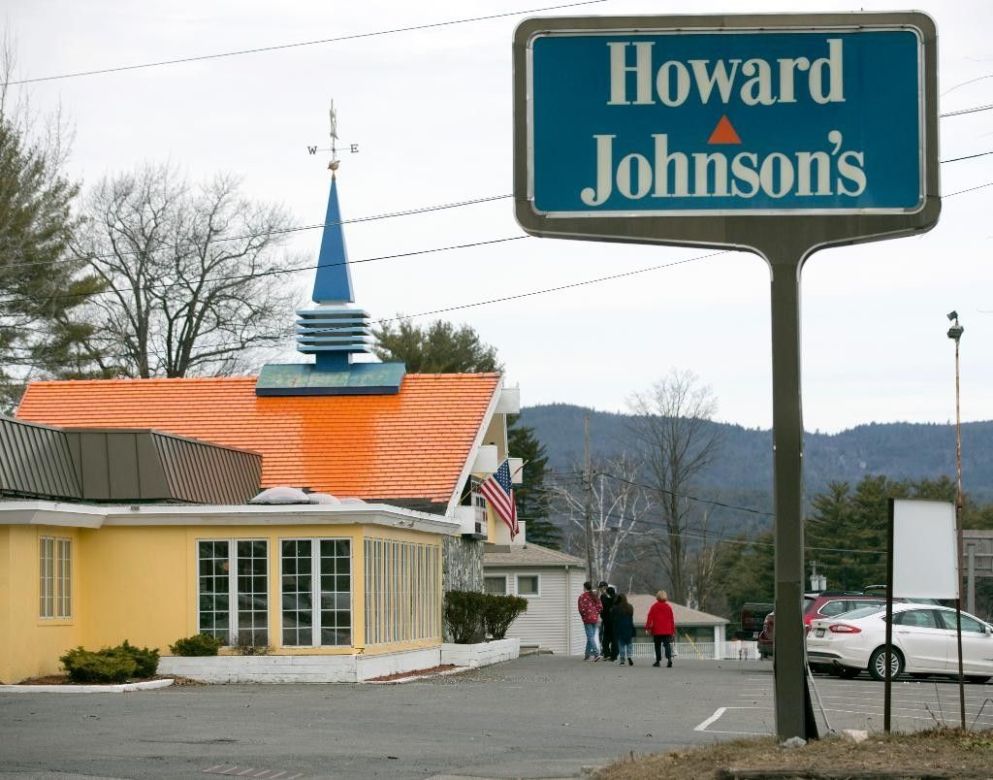 Well when I was a kid plane flights were very expensive. So the family would at times drive say 11 hours to get to our destination. Most of the time we’d do the drive all in one shot with my Ma and Dad rotating the driving duties, but not always. Sometimes we stopped along the way, thus the motel. What’s changed this reality today is that airline flights are just that much cheaper. Southwest can bargain basement you most places within half the country for a hundred bucks a ticket or less. Somebody from AAA will tell me this statement is garbage, but I suspect the percentage of families who drive north of ten hours to go somewhere has mostly tanked in the last two decades. So if you were Howard Johnson’s and you built your business model on long road trips, you were screwed.

Also the brief corporate history of Howard Johnson’s is that after Daddy died, the son appears to have made some horrible decisions on brand diversity. He opened a bunch of unrelated restaurant chains (all of which are now gone) and basically lost focus on the core business that made Howard Johnson’s successful. Then as people started to drive less Howard Johnson’s didn’t take the hint. They didn’t diversify or try new things or innovate. They stuck with the same Howard Johnson’s brand, even if they did eventually discard the neon orange roofs. In a culture that today values relatively fresh food, uses airlines when it can, and isn’t so tied to nostalgia? Maybe these guys were always doomed. Fast food joints and extreme discount motels are at the bottom end. Or you can get creepy rich food and burn $156 a night on the high end. What ground was there in the middle for Howard Johnson’s to continue to exist in?

Has something been lost though? I mean other than the basic nostalgia? In terms of the restaurant piece, I don’t think so. It’s not 1960 anymore where stop points might have been rarer. Regardless of what highway you’re on at any given time you likely have dozens of different restaurants to choose from in terms of cost and quality. If you don’t, you’re likely driving in an area where Howard Johnson’s never existed anyways. But in terms of the hotel loss, I think there might be.

Towards the end, Howard Johnson’s hotel side of the business was bought out by Wyndham. Wyndham also owns 14 other major hotel brands of varying size, style, and price. Marriott recently bought Starwood and thus created a hotel / motel colossus that owns over 30 major hotel brands. Howard Johnson’s might have been all over the place, but never in their wildest dreams were they ever this dominant. It’s part of a growing trend in American business where there are many brands, but only two or three actual owners to choose from. This of course cranks up the price because in a near virtual monopoly environment the customer loses, always. If you don’t think hotel chains collude on price just like the airlines do, you’re kidding yourself.  It makes one yearn for the quaint, family owned reliability of Howard Johnson’s.

And so you shall stay where? Without getting gouged? Well I guess first off, thank god for things like Airbnb. I hope the global commons takes the big hotel chains by the balls, I really do. Because there isn’t a global commons for large airliners, so at least we can have competition for hotel rooms. I bet if you look at all the local and state government efforts that are trying to crush Airbnb on missing taxes, that they’re all mostly funded by lobbyists hired by the big hotel chains. Also, no matter what, always consider different means to travel. If you’re like me and you’re almost always traveling on a limited budget, don’t get caught into the same routine every time. Always investigate new websites for new deals. Try different chains. Don’t always be ultra-loyal to a loyalty program without re-verifying it’s still your best deal. Because you never know when a chain’s going to get bought out without you hearing about it. Or that one of their rivals went bust and they jacked up the price on you. Do your research. Stay flexible. In a manner which Howard Johnson’s was not. 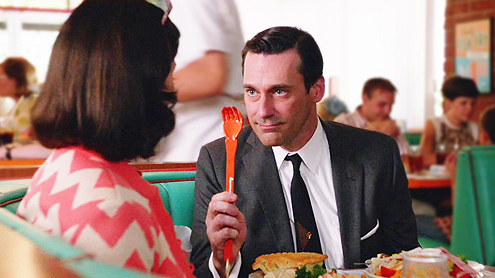 Don explaining to Megan about the paddling Howard Johnson’s is predestined to take.