Lost amidst the fervent nationalism that’s now the norm in the Western Pacific is how longstanding and deep the ties are between peoples.  From 1274 to 1281 the Mongols, alongside their Chinese and Korean vassals, conducted a series of invasions against Japan.  All failed for a variety of reasons, not least of which was a series of typhoons and the emergence of what would become the samurai warrior class.

In 1282 to commemorate the victories, honor the dead on all sides, and to push forward Zen Buddhism in Japan, the then shōgun Hōjō Tokimune ordered the construction of Engaku-ji.  He enlisted the help of a Chinese monk in Mugaku Sogen.  Zen became a huge part of the ruling culture’s psyche and was integral in the emergence of the samurai and what they were.

In the sense, Hōjō got exactly what he’d wanted.  He’s buried there.  And while the days of the Kamakura Shōgunate long passed it remained a key feature in Japanese Buddhism throughout history.  It’s a must see if you’re anywhere near Kamakura and it couldn’t be easier to get to via JR East’s Yokosuka Line which essentially drops you right at the temple entrance. 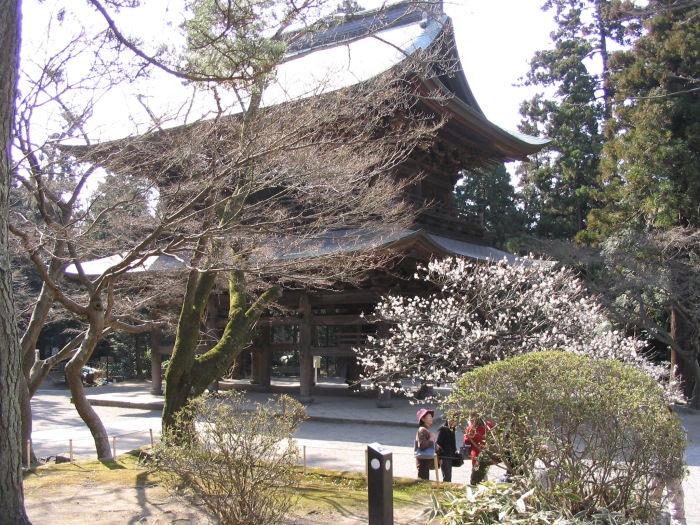 The Sanmon, two story main gate, looking from it’s back towards the entrance.  As is typical for just about any ancient Japanese structure, fire constantly requires rebuilding.  The current version was reconstructed in 1785. 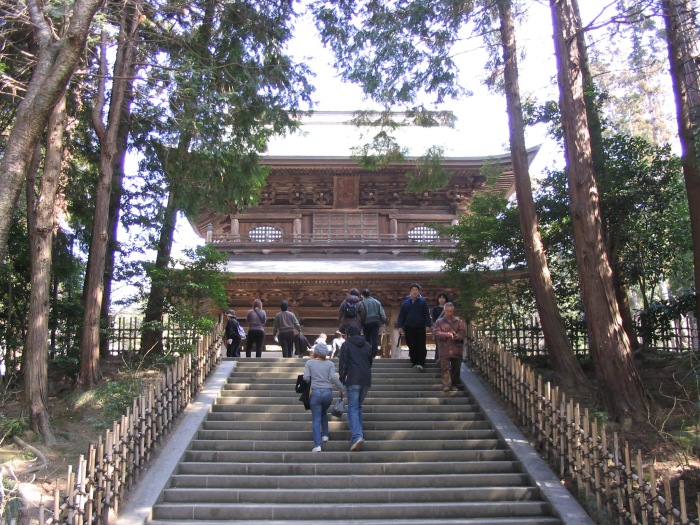 Now walking up from the front of the Sanmon. 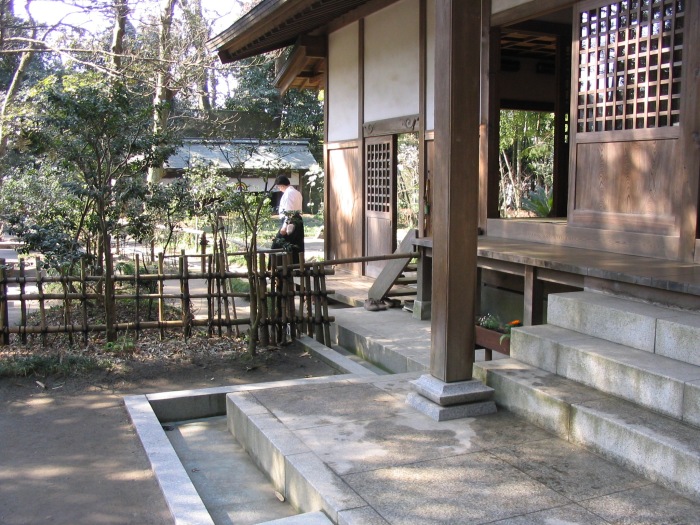 Engaku-ji is still a functioning temple.  I didn’t get too close but there were folks practicing archery.  Note the target in the distance. 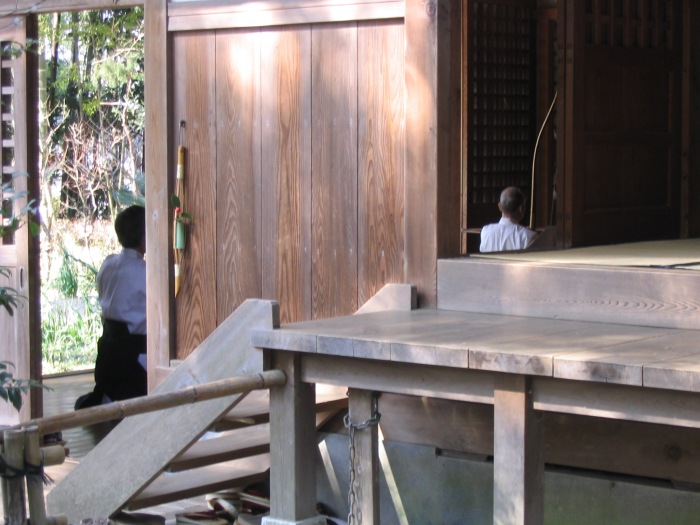 Note the guy on the right with a typical Japanese longbow, as tall as a man (he is kneeling).  Despite the reputation of the katana, I suspect the real killers on most Japanese battlefields were the archers. 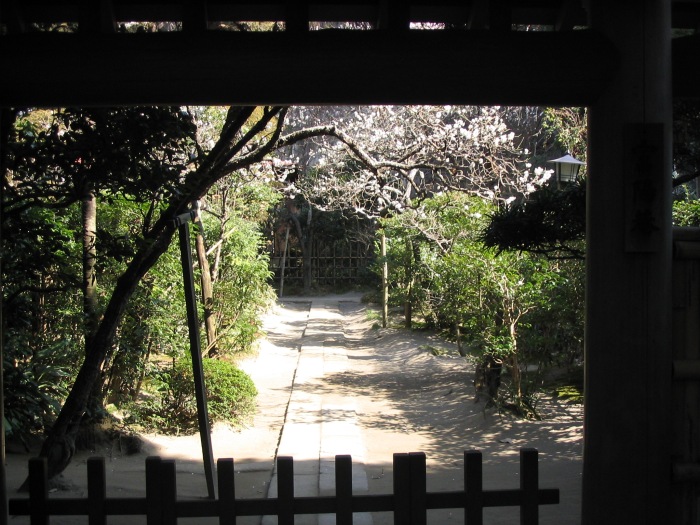 I love the contrast in light on this shot. 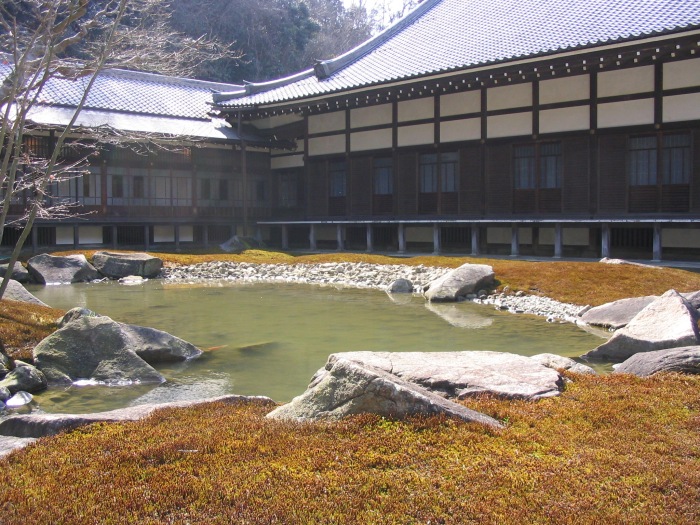 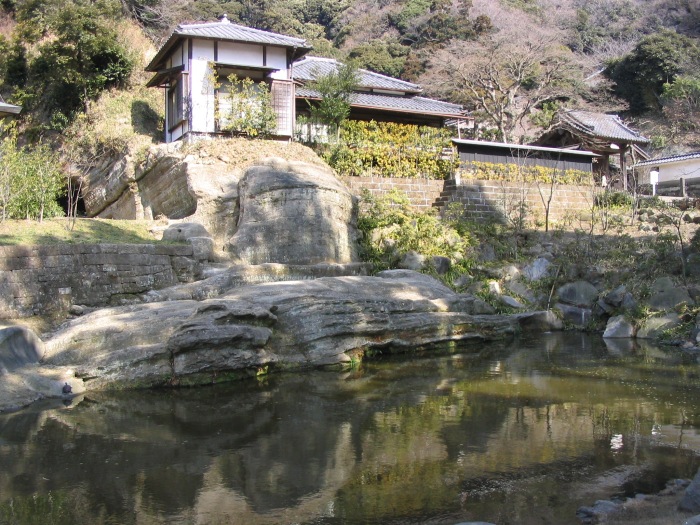 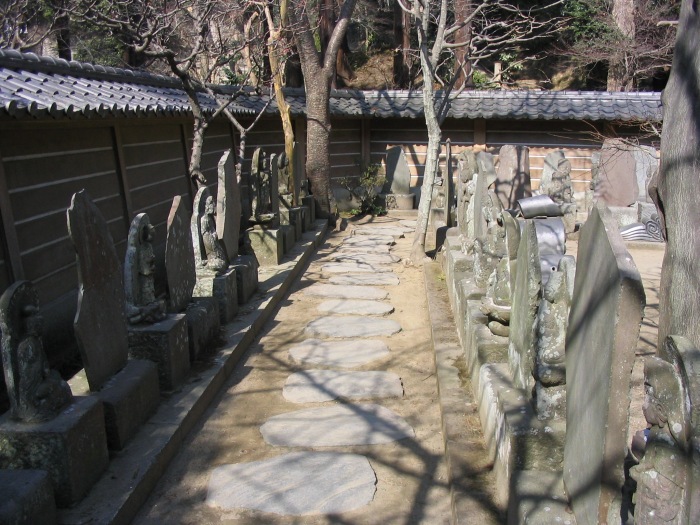 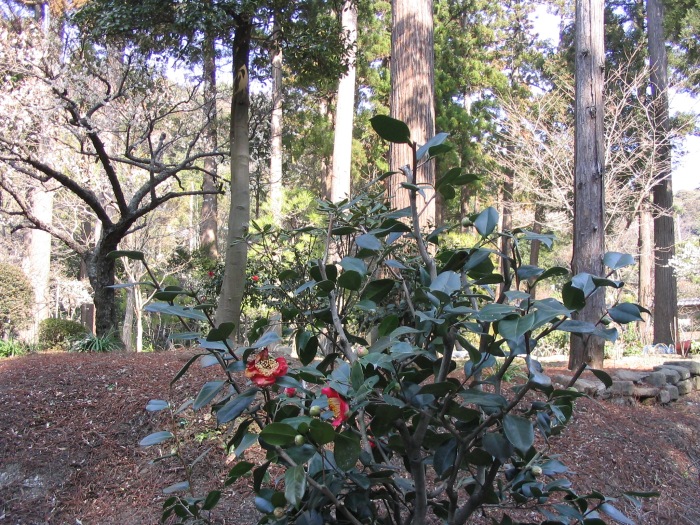 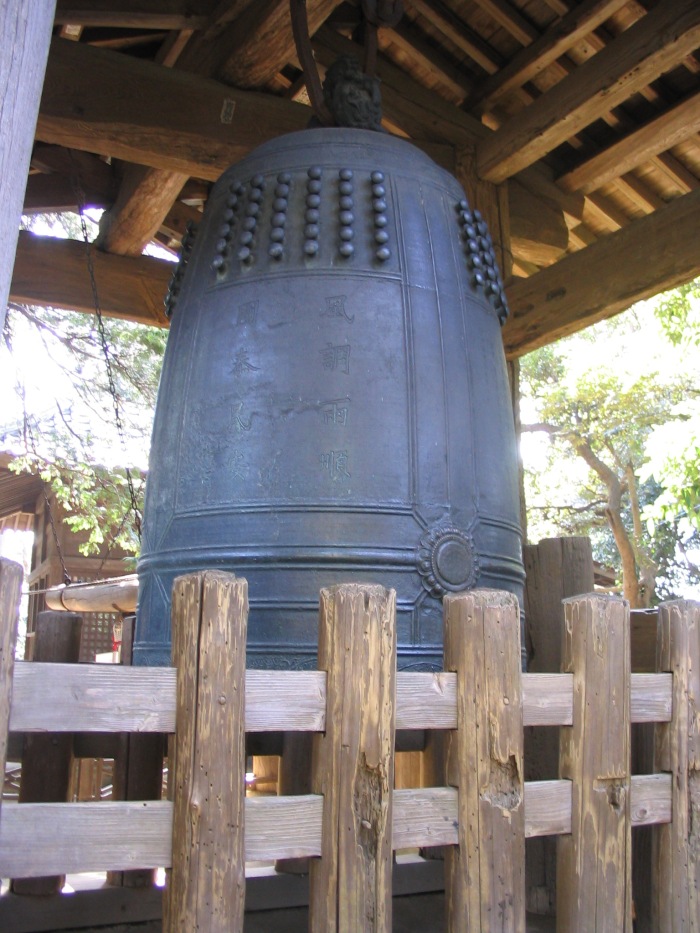 The Great Bell, Ogane, cast in 1301.  The largest temple bell in the wider Tokyo area.