I’ve honestly never understood the supposedly reasonable arguments for not, at the very least, establishing a no-fly zone over Syria.  The situation’s a mess, it’s probably not solvable by the international community, and in any case nobody’s going to put troops on the ground.  So why care?  Because when you’re letting a guy push barrel bombs out the back of helicopters onto apartment blocks, then we are all complicit in such a disgusting act because it’s so easy for us to stop it.

This is yet again, on full display, the incompetent narcissism of the international diplomatic community.  For them it’s about the self-interest of a nation and the preservation of a very precise and refined international order that they build and maintain.  If the events of the last few months have shown anything, it exposes just how foolish this fantasy really is.  So we’ve allowed a guy to murder north of one-hundred thousand of his own people because attacking him would make Russia angry?  How’d that work out for us?  If we’re going to live in a lawless world where Crimea is a footnote by next August, well let’s just go ahead and do whatever we fucking want also.

Sweeping the skies clean isn’t going to solve Syria’s civil war.  Assad can always just fire tank shells into hospitals too.  But you go with the art of the possible.  Despite what cowardly, uniformed politicians (they call themselves generals & admirals) in the West have claimed, this isn’t that hard or dangerous.  They could establish and maintain a no-fly zone in Syria in a week.  This we can do.  We can’t destroy every tank in Syria without invading, and we’re certainly not going to do that.  Fine, we take what we can get.  At least it’s something.  At least it’s a message that we actually care about what kind of world we live in.

Oh my, says the established, educated diplomat.  Well what about the removal of the chemical weapons?  We can’t allow that deal to get detonated, Mr Arcturus, can we?  Ah, I see, so Assad has met all his deadlines on chemical weapons, right?  Here’s a view of the future that’s one-hundred percent guaranteed to be true, friends: Assad’s not going to ever give up all his chemical weapons.  Ever.  That said diplomat(s) actually believed he would, shows their naive idiocy.

Turkey shot down one jet today and strangely the universe hasn’t collapsed upon itself.  The war will go on.  But that jet won’t be dropping five-hundred pound bombs on a school tomorrow.  Time to let some fighter pilots get their beaks wet from whatever honorable nations choose to let fly.  The war will go on, but we’ll save tens-of-thousands of lives.  In this dark world, for the moment, we can put that in the win column.  Evil’s been on a hell of a streak lately.  Time to punch back. 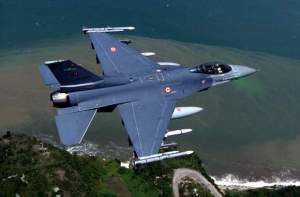 First round goes to the man with the gun kill on a barrel bomb helicopter.