Movies can do many things to improve your quality of life. They can make you smile, entertain the hell out of you, make you laugh, scare you of the dark in a good way, and so on. They can also make you realize your life just ain’t that bad. Thus when you wake up in the morning after viewing such a movie you’re like, oh, well, at least I’m not those people.

This is Leviathan. It’s essentially an ancient tale. The weak have their land stolen by the powerful. And things go from there. It just happens to fascinate me because the tale is Russian, and is one of the better Russian movies of the post-Soviet realm. Please be sure to enjoy this kind of thing while you can. For one of two things will likely occur in the near future:

– Filmmaker Andrey Zvyagintsev will eventually give up his independent streak and be coopted (he’ll sell out) by the totalitarian state (for whatever reason) and become a tool of the system like other noted formerly awesome filmmakers such as Nikita Mikhalkov or Zhang Yimou.

– Vlad and his buddies will simply ban such films from being made.

Leviathan is set in modern Russia’s north. Not Siberia, but rather the Kola Peninsula. Specifically Murmansk Oblast, home to reindeer, discarded nuclear submarine hulks, fish processing infrastructure, and lots of other cold things. It’s a place that all things being equal, human beings probably have no business living there.

The first few minutes of the movie are nothing but nature shots as Zvyagintsev makes damn sure you realize this place is the end of the planet. Not a word of dialogue occurs until about five or ten minutes in as you the viewer are acclimated to a wasteland of concrete, rock, and snow. This tone remains throughout the entire film.

The protagonist is Kolya, a middle aged car mechanic, drunk, husband, hothead, father, and part time firearms enthusiast who is having his fairly decent sized home unjustly expropriated by the state for a fraction of its total value. He enlists the help of his friend and/or brother who’s a lawyer from Moscow. Also within the mix are Kolya’s second wife and son. Crucially, his son is by his first wife.

As you can imagine in this kind of movie, everything goes swell. The local mayor is a paragon of decency, the courts do their job well, the cops can be counted upon to keep law and order justly, folks drink only in moderation, the local economy is humming along with glorious abandon, kids get along well with their parents and are otherwise well adjusted, and so on.

Bizarrely this wire brush beating of a flick was actually 1/3 funded by the Russian State, who apparently didn’t bother to read or approve the script. I’m rather shocked they let the film stand as is. I think the reasons are thus:

– Vlad is only pictured in the movie once, as a nondescript portrait in the local mayor’s office. He is otherwise not mentioned or discussed.

– Since all of the film’s arch-villains are all local politicians and authorities, it fits perfectly with the authoritarian propaganda narrative. As in, if folks view the Russian state as predatory and corrupt, it’s because the local authorities are to blame, not national level leadership. After all, it’s your local traffic cop bribing you on a Wednesday afternoon, not the Minister of Forestry. If only Vlad knew the truth, he’d clean up that local filth.

fuck all four of these parasites

So Zvyagintsev got away with it, somehow. The result is a darkly haunting movie that deals with living under a predatory state that sees its citizens as nothing more than cash machines. But Zvyagintsev takes the story to another level by incorporating the deep flaws of average human beings that struggle because they’ve had all the powers of man and nature pinning their necks against bare rock for almost all their lives.

It this weird, twisted, screwed up world where lunatics are being voted into office by those who rightly feel the modern world has left them behind, it’s worth exploring a character study on how human beings who would otherwise be normal, can be turned into puddles of despair by their surroundings and the events that shape their lives. That is, no matter how squared away your life currently is, if you lived there too, maybe you’d be just like them. It’s a very cynical thought, but worth exploring. 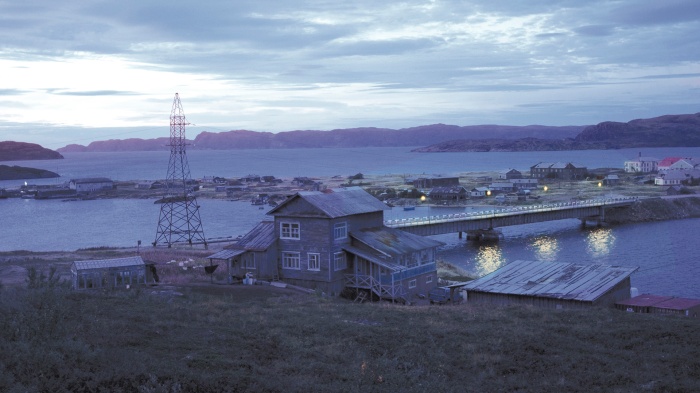 not the place to live