Some things or locations on my bucket list just kind of sit there and fester for years.  For whatever reason, this doesn’t usually bother me.  I’ll get around to it when I get around to it.  You would think I’d be more deliberate and plan things out.  I used to be this way.  But now unless I’m at work I kind of refuse to let my brain work that way, it’s tiresome.

So despite my worship of beer, I’d just never gotten around to visiting a brewery.  And I never really felt the need to force it.  I would think about it from time to time, but never make the effort to schedule it.  Ending up at Harpoon wasn’t some type of strategy either.  My Brother had been there years ago, so we decided to go again while in town for a wedding.  The discussion that led to this quick trip Downtown lasted thirty seconds, and I smirked to myself and them that this would be my first brewery ride. 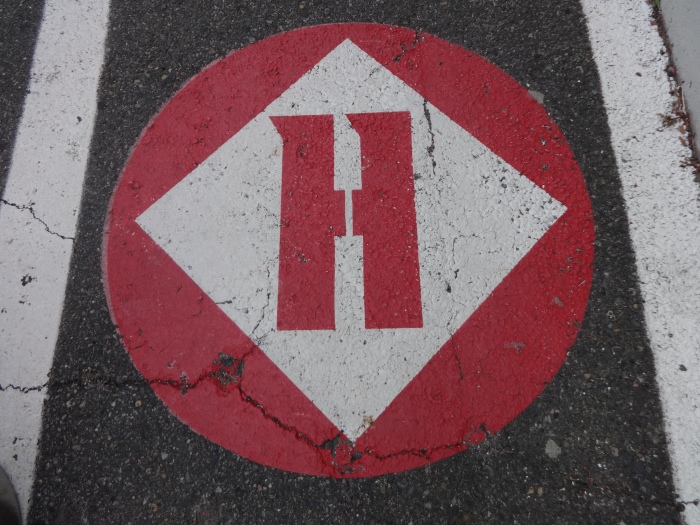 He said when he went years ago that they didn’t really have a formal tour.  They just took you straight to the tasting room and asked if anybody had any questions.  From the tasting room you can see the brewery floor.  But now they take you in the front and up some stairs where they have a full bar and waiting area.  You buy your $5 ticket, wait, and drink beer.  They also have custom pretzels.  I know it sounds terrible, but somehow we managed. 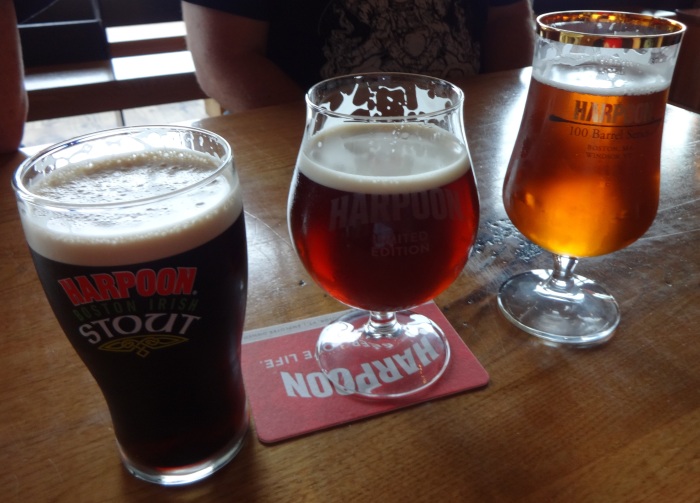 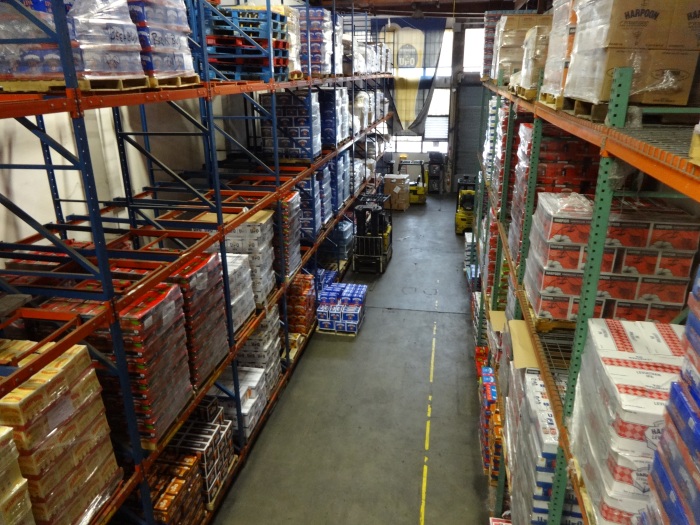 The guide takes you back and she talks you through what I think is a relatively small sized brewery.  I think it took about a half hour.  It’s pallets of beer and monster sized brewing equipment.  I have a general understanding of how beer is made, but don’t really get how it’s done on an industrial scale.  The problem was the tour gal kept talking too fast so that a lot of the time we couldn’t really follow what she was saying.  This was the only downside of what was otherwise a quick, decent look at how these places operate. 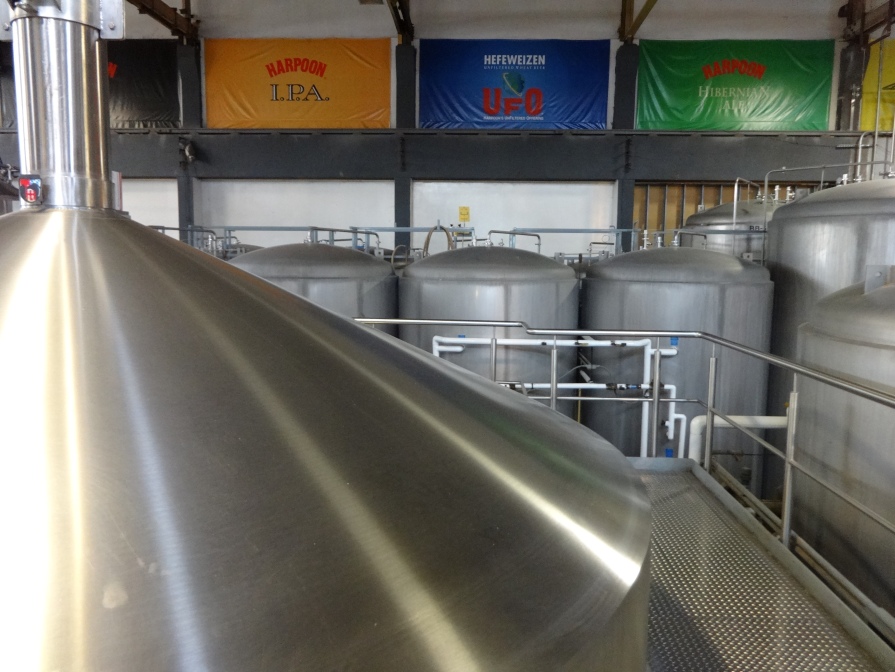 I’d had Harpoon many times before.  I’ve always considered it to be decent, but nothing awesome.  Good stuff, but not great.  I’ve had a bunch more since we visited and my original impressions remain intact.  Although the Scotch and Alloy shown above were awesome.  They need to let some of their rarer varieties ship beyond Massachusetts.  They’re far superior to their regular fare. 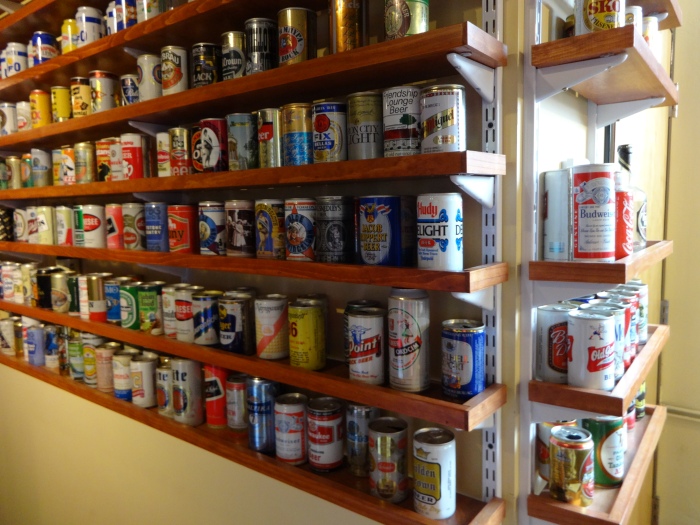 After the tour you get about 15 minutes in the tasting room to have 2 oz after 2 oz from about 20 taps.  It’s a neat wrap up.  The walls are surrounded by beer from everywhere on the planet, a very nice touch.

Overall this was a worthwhile visit.  But I feel I can’t really compare or contrast it with anything.  Without visiting other breweries I can’t put Harpoon into context.  I guess I’ll have to visit more of them to figure it out.  Oh darn. 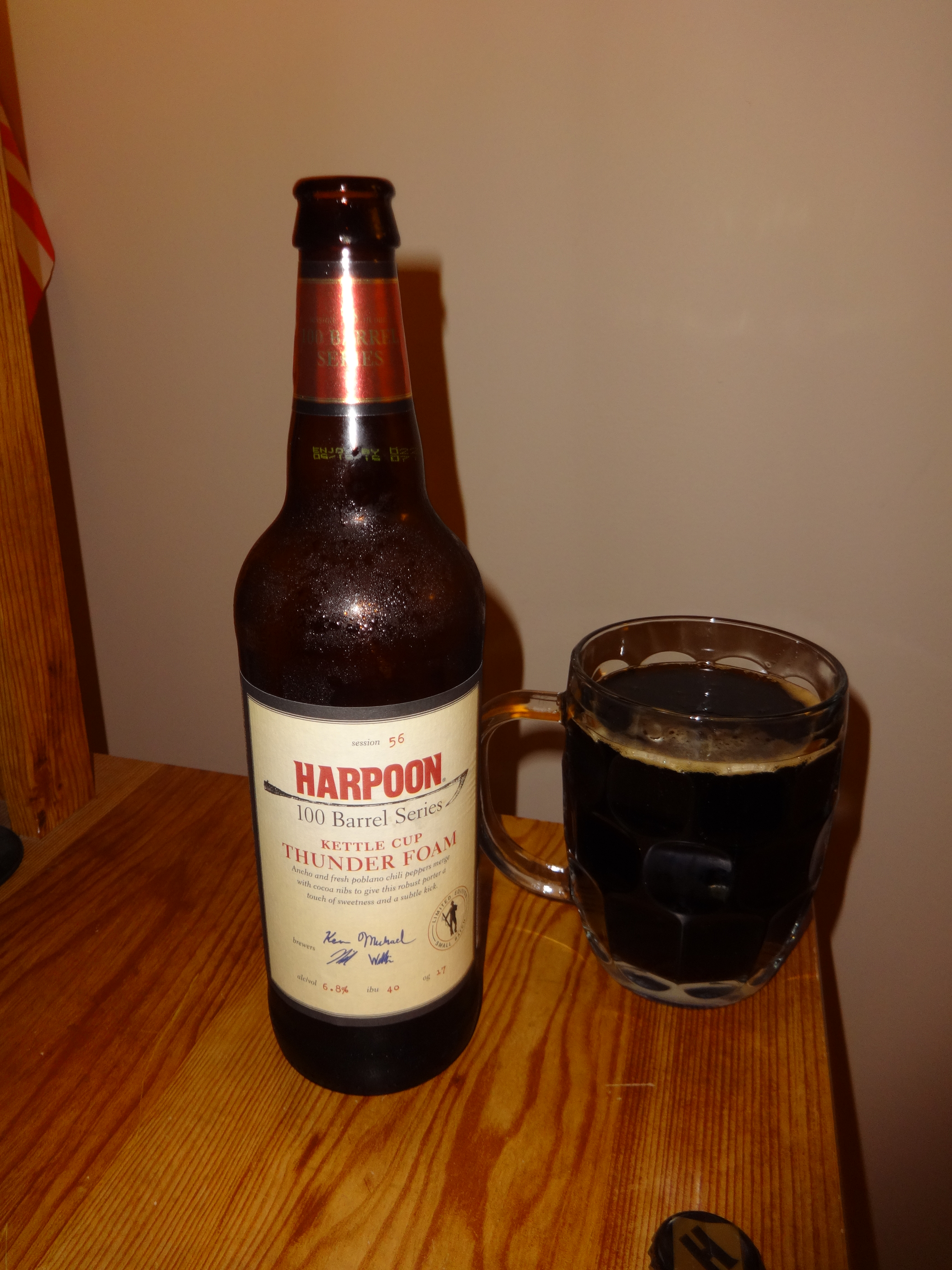 100 Barrel Series #56 Thunder Foam – I managed to stumble upon this at one of my local shops.  A dark and spicy stout, it was a fine wrap up to my evening.  Hopefully I can manage to find more of their kind at the same place the next time I shop there.