Both my Brothers have music and/or art skills.  When I was a kid I played the piano, about average I’d say.  I gave that up as I grew older but recently I’ve been trying to get back into it with very mixed success.  It just doesn’t come naturally to me.  My older dog will come lay with me as I play and even he’s not impressed, and he thinks I walk on water.

I think it’s the same way with art.  I remember really wanting to draw well when I was a kid.  But I couldn’t.  I used have those coloring books where you could trace out a drawing that wasn’t your own.  So it looked like you could draw real well when you actually couldn’t.

I distinctly remember as a little one drawing this cool car at school and it looked really nice.  So this girl walks up and is very impressed with my art skills.  But I had to show her the trace book and admit it wasn’t my talent.  She was not impressed and walked away.  I guess I blew that one.  She probably grew up to be a supermodel.  I should have lied to her.

Anyways, I bring this up because this morning I got it in my head to write about how Mark Zuckerberg is a future Bond villain.  And I had this idea to paste Zuckerberg’s machine-engineered-cosmetic-skull atop a Bond villain frame I found online.  After about ten minutes of struggling to make this happen, I gave up and remembered that I have no art skills.  But hell, even The Onion guys struggle to make their composite shots look clean sometimes.

But hey, it didn’t actually matter because somebody online already did for me! 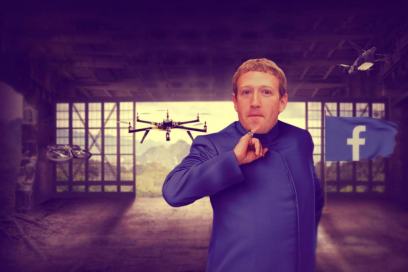 Must be just pure chance that somebody else already thought of this one?

Either I have already said it on this blog, or maybe it was in person to folks, that I genuinely would be uncomfortable sharing a room alone with Zuckerberg.  I don’t sit in coffee shops.  I get my black coffee and go.  But let’s say I was alone in one early with just one employee there.  And I’m drinking my coffee and reading my paper.  Zuckerberg comes in and orders an $11 fancy cup.  He then sits down and starts playing with some kind of square screen.  Then the employee excuses himself to go to the bathroom.  So Zuckerberg and I are in there alone.  At that point, I’d have to get up.  I’d be out the door so fast.

I use this dude’s product every day.  So he puts out a quality app, that is also kind of invasive and creepy at times.  Anybody else get slightly weirded out when Facebook does that Good Morning greeting now?  Or how about when it offers to make you and your co-workers friends simply because it knows you both logged on from work via a similar IP source address?

Beyond the making of a decent product though, Zuckerberg is just a creepy guy.  Just watch the way he talks to people or does interviews.  It’s just uncomfortable to observe, but he has more power and money than Buddha so he gets away with it.

In about 30 years he’ll be a Bond villain for sure.  He’ll have kidnapped ten little urchins off the street in an attempt to harvest their power so he can live forever.  Or he creates Facebook X, his plot to use all the Like data he’s acquired over the decades to build a Moon Base (because why not).

He already has some of the tendencies required to lose his morality on the road to evil villain status.  Here’s a shot of him jogging in Tiananmen Square to suck up to the Commies.  Note the pack of cigarettes in the background that he had to smoke in the process.

All in the vain hope that China might open its doors to Facebook so it can effectively compete for the honor of getting its clock cleaned by a more successful organic Chinese option.  Anybody ever hear of Uber China?  It’s in the library logged in the Sports Authority section.

If you follow the plot of Bond movies, Zuckerberg has to be old to play the villain right.  He’s 32 today.  So give him three decades and he’s 62.  Bond is let’s say 30 when he’s in his prime.  Which means that the future Bond who will battle Zuckerberg in the duel of the fates could be born about today.  Did you have a kid recently?  Your child could be that Bond.

So when your child drops Zuckerberg off the penthouse level of a 340 story office block or blows him out into space, you’ll know you’ve contributed your necessary offering to the betterment of all mankind.  After all, Bond wouldn’t be Bond without a good villain.  A bad guy worthy of an epic bad guy death.  So maybe it’s all for a purpose.  Zuckerberg’s just walking his appropriate path toward the airlock.  Cool, walk on dude. 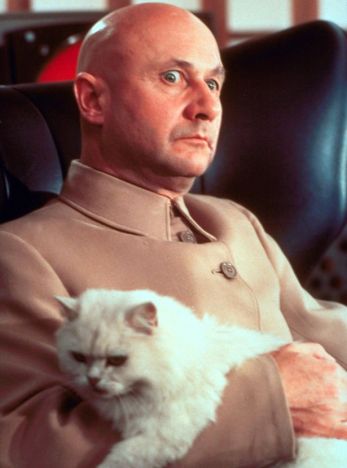 2 thoughts on “Bond villains and my lack of art skill”