No seriously, I don’t get it. If you get this ice bucket thing, like you actually can wrap your brain around it? Please contact us and describe what’s wrong with you.

So as best as I understand this nonsense [face palm] so like [furrows brow], you get challenged by somebody, and then you can give money to charity or dump ice on your head. I guess?

So the idea is to raise awareness? And to raise money for charity? But if you dump the ice, you don’t have to give any real money? So all you’re doing is increasing awareness?

But awareness can be a substitute for inaction, so what are you actually accomplishing? But what if you do both the ice thing and still give money? Are you like some super internet master, and, so, uh, …

This isn’t a freak phenomenon promoted by wacky cult members. Reasonable human beings are doing this. Folks with jobs, dreams, fears, kids, stalkers, boats, etc. And then they’re challenging their friends to do it.

Because nothing says you care about your friend more than challenging them to conduct a creepy bizarre ritual based upon a nonsense concept invented on social media by people with far, far too much time on their hands.

I’m becoming more and more convinced that my guests are entirely correct when they drunkenly boast:

“We created social media to distract and degenerate humanity’s already shit intellect so that one day we can liquidate and/or enslave you with minimal resistance, pig!” [throws chair]

Hey anybody ever volunteer at a soup kitchen? This simplest and quickest of charitable acts doesn’t cost you a dime. It’s usually over in three hours leaving plenty of time to go get wasted at the bar with your friends (not social media) afterwards.

Plus you’ll get shocked when you look across the table and realize you’re serving your human equivalent who is clearly high, hasn’t slept indoors in days, and given bad choices, a broken home, or just plain dumb luck: You could be them.

It’s a very rough thing to accept. But it propels you to action. Kind of like how dumping ice on your head does not.

Which brings us to the real point of this post. TAP is pleased to announce the Bone Marrow Challenge. Our goal is to end slanted pictures. Folks, we don’t want to alarm you, but scientists say 40% of America’s pictures are hanging crooked. This problem isn’t going to fix itself. We’re going to fix it. You can help us.

When you’re approached with the Bone Marrow Challenge you must either donate money to TAP’s Frame Nudging Charity or you have to shove your non-dominant hand into a pot of flaming coals and hold it there until your flesh is seared off and you have nothing left but bone marrow.

We challenge you! And we promise, our way guarantees you’ll actually donate money. 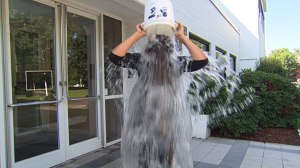 One thought on “I don’t get it”