If you’ve ever actually seen this behavior in our feline friends, it’s hilarious. I don’t have cats, but both my brothers do. Some people use laser pointers, but I prefer the shiny object because it doesn’t require a computer chip.

You take said shiny object and journey it around the room and the cat literally becomes unhinged from reality. If I offer a dental chew to my doggies they’ll go insane and depart from reality while they eat it. But if I scream or drop a hand grenade next to them, they’ll put down the chew for a moment if for no other reason than to determine what’s going on and assess potential dangers. The cat isn’t like that, they’ll just uncheck from the universe. My unfamiliar with cats brain attributes this to the singular possessive mindset they must have had when hunting live animals.

Anyways, it would seem lately that NFL owners have had Los Angeles dangled in front of them like a shiny object. Dean Spanos has decided that after fifty years of San Diego football he’s going to chase the cat toy up the road to LA. The NFL is a business first and a sport second. And so it’s of course all about the level of Spanos’ international gold reserves. But you have to get past the initial figures to determine what’s actually going on.

The whole reason San Diego apparently wasn’t in the Chargers’ future was that taxpayers wouldn’t subsidize a man worth north of $2B in building a stadium. But, in order to relocate the Chargers to LA, Spanos has to fork over a relocation fee of $650M to the league. When you combine that with the essentially free $300M that the NFL offered him to stay in San Diego, one comes up just a few bucks short of a pretty sweet billion dollar stadium in San Diego. And yet he moved anyways. Why?

Because he thinks LA is a shiny cat toy.  Spanos, alongside former Mr Universe contestant, breaker of thumbs, and jai-li extraordinaire Stan Kroenke are betting that LA will give them substantially more long term gold than San Diego or Saint Louis ever could. Well, I’m going to speak to the future here and say that both of them have made terrible mistakes. It’s not going to work.

1) This has been tried before

Once upon a time the Rams and the Raiders occupied LA. They both left within a few years of each other. Why? See (2) and (3).

If you were to journey into the ancient Chinese wilderness, you’ll eventually encounter (after 13,437 years of mystical travel) the ghosts of Confucius and Sun Tzu who will be getting messed up on baijiu in a tent. Among their many limitless levels of knowledge will be a stone table with the Chinese character for mediocre on it. Beneath this character will be chiseled in stone the team logos for the Rams and Chargers. This is a team that gave Jeff Fisher a contract extension. Fisher is the man who can throw a six sided die and land on the number 8, 50% of the time. Then there’s the Chargers who have wasted one of the more talented quarterbacks in history with Philip Rivers. When they acquired Rivers, Spanos might as well have hired an assassin to break his legs, it’s the same thing.

Do folks care about Jennifer Lawrence or Lord Leo? Good for them, but guess what, they don’t care. Does Spanos care about LA? Good for him, but guess what, LA doesn’t care. LA cares about LA. LA cares about LA things. I don’t know what people in LA do all day? Maybe they shop or get their hair done or go hang out at the beach or whatever. But I’m pretty sure it’s not getting passionate about football. They probably think it’s a game for people less cool than they are. Like folks who would eat McDonalds over In-N-Out. There’s probably a bunch of people in LA who love football. But enough to fulfill the financial obligations of two separate teams? I think not. A delicious stat from this 2016 regular season was that NFL ratings within LA actually went down. Even with the Rams in town, less LA citizens watched football this year.

The Cleveland Browns are less talented than a few college football teams. But their fan base cares and is dedicated to the team in a way that makes it a perpetual ongoing Greek tragedy. It’s not called the Factory of Sadness for nothing. Yeah, there’s less to do in Cleveland, but also the team’s been there forever. It has a history associated with Cleveland. The Chargers have no history in LA. The Rams do, but it’s not that much after all those years in Saint Louis. It’s for this reason that at this very second, there are likely more Raiders fans in LA than Chargers and Rams fans combined. When the Raiders move to Las Vegas, it’s going to stay that way. Football crazy LA citizens will be happy to commute to Vegas to drink, gamble, and actually watch a competent team. They’ll not be interested in an equivalent journey time sitting in traffic to watch a terrible LA team. 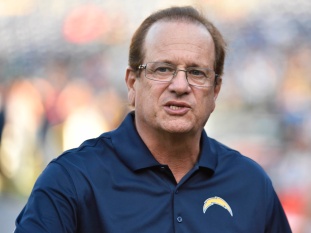 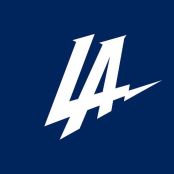 PS, this is the worst sports team logo since the 1337 Manchester Alley Rats, which was nothing more than a charcoal picture of dead plague rat.